Short summary: I’m attempting to drink 365 Iowa beers in a year. You can check out the first five beers here. If you have suggestions for beers I should try (including homebrews), leave a comment or email joelawler AT gmail.com 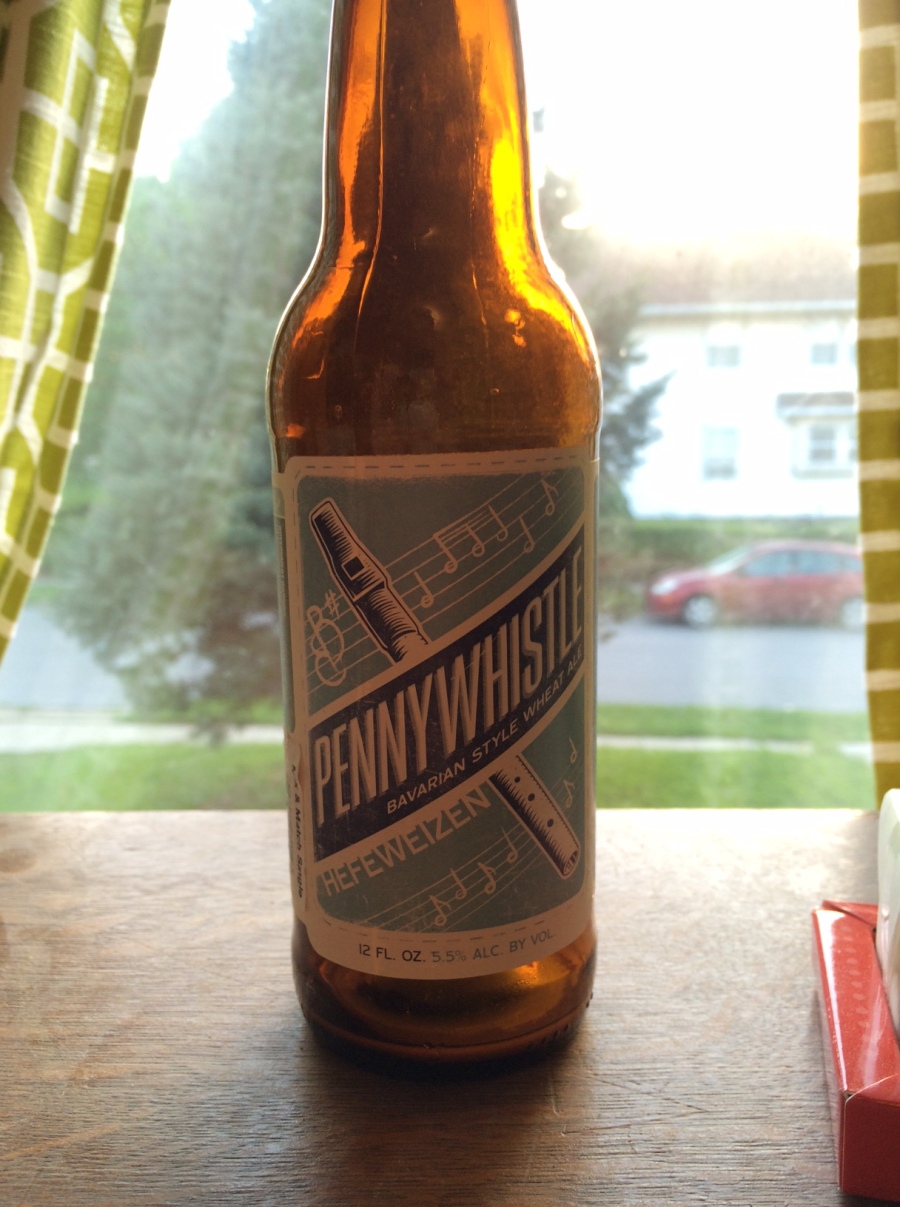 Notes: I used to drink a lot of wheat beers, but it seems like I don’t spot them in the wild as much anymore. Did the gluten-free trend take its toll on hefewiezens? It’s not as cloudy as some wheat beers, so it feels like a cleaner drinking experience.

Notes: Hey, a seasonal! Exile’s American Pale Ale is back in time for the Blank Park Zoo’s Zoo Brew series. It’s crisp and light, good for a summer day. I really enjoy that the beer’s description is written by a gorilla. For a second I thought he was getting really suggestive and saying the beer would help drinkers “make better gorilla love.” Turns out I missed a period. 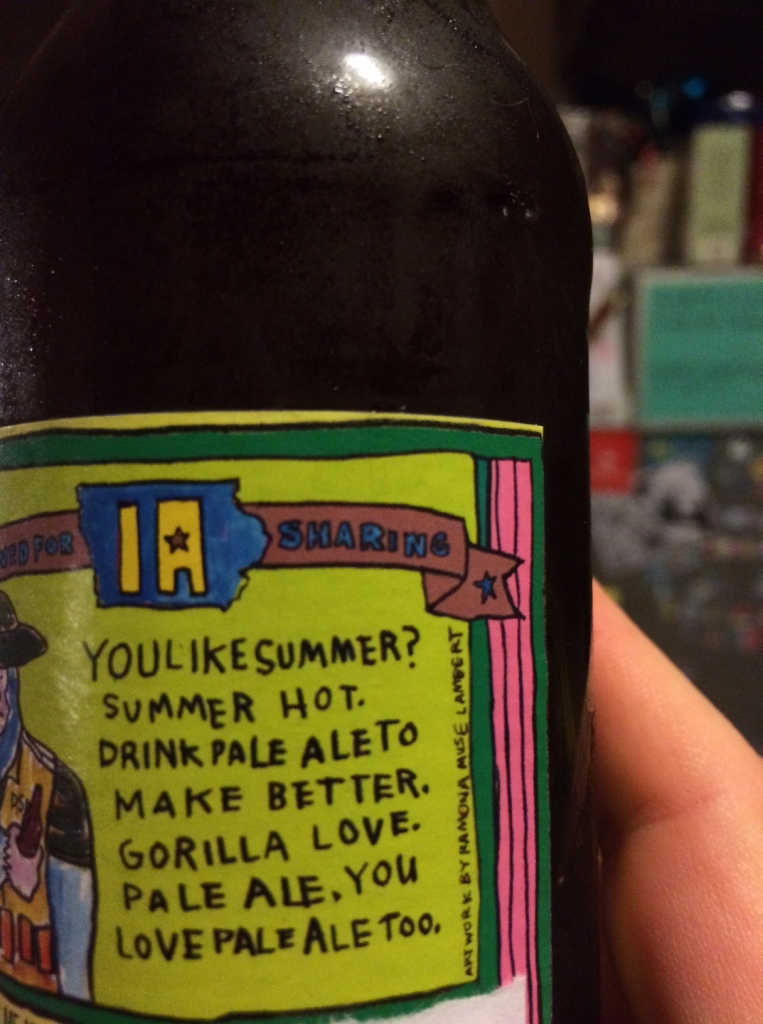 Notes: Every time I try a Dunkel, I expect it to be a much heavier beer. That’s not a complaint, on a warm day a heavy beer can get a little intimidating. Dunkels are always way more drinkable than I remember them being. I need a better memory. I’m not sure this beer exercise will help. 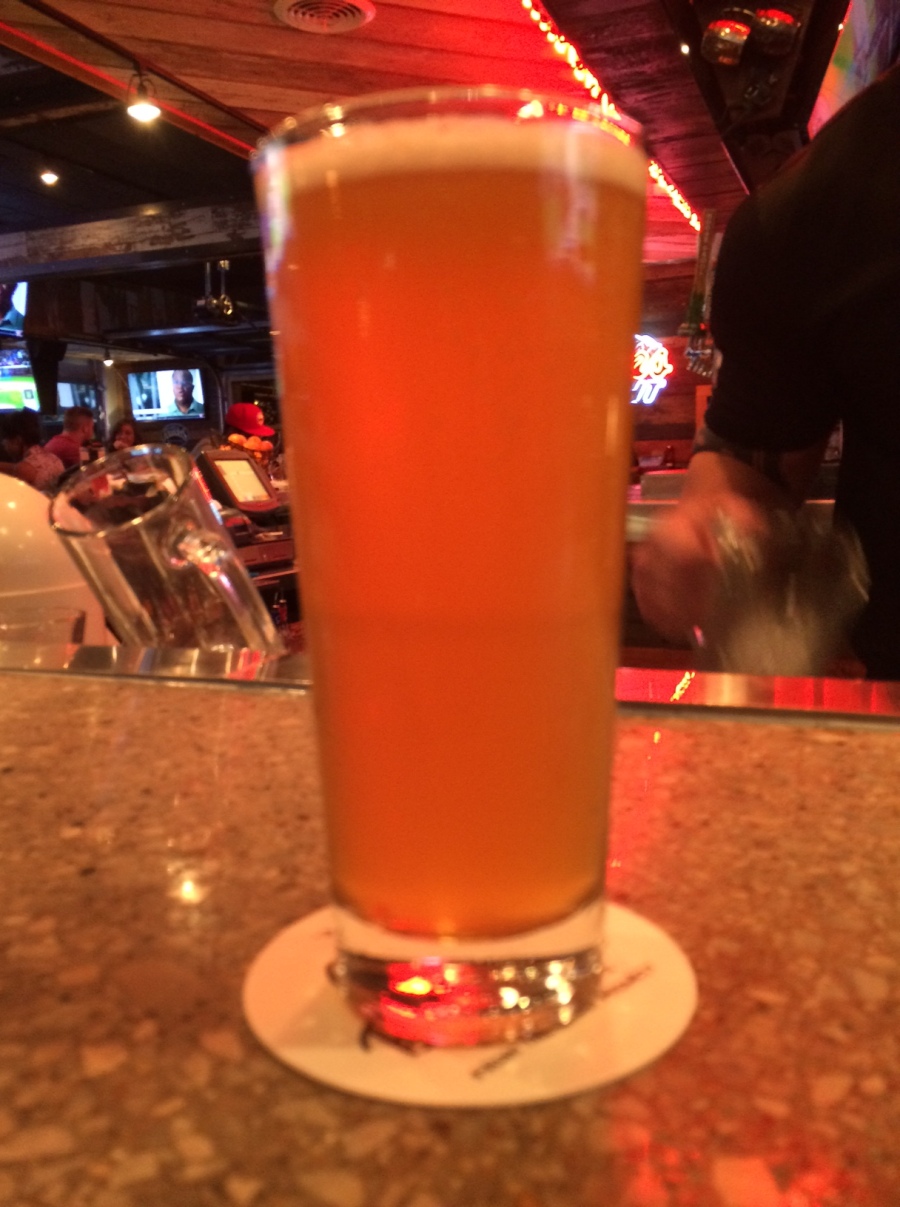 Notes: California Common/Steam Beers have always intrigued me, because I have an adequate understanding of most brewing processes other than this one. It’s a lager that’s fermented hot instead of cold, I guess? I feel like of all the TG beers I’ve tried, Dorothy is probably the most accessible for non-craft beer drinkers. But it’s far from average.

Notes: I was a little torn on counting beers from places like Flix, Granite City and Rock Bottom, but I’m going to include them for two reasons: despite being chains, their beers are brewed here by local brewers and I’m trying to get to 365 beers. I need lots of options.

Session beers are weaker (under 5%), which was a good choice for this day, since I was drinking it at 10:30 a.m. I hope that doesn’t sound troubling, but I was seeing an early showing of “Civil War.” The weaker alcohol content was compensated for by approximately all the hops. I was not expecting this many hops. This is a seasonal beer, and I’m hoping to try it again before it’s gone from the menu.