Yes, I used two colons in the header. Sometimes the established format for a headline can back me into a corner, but I won’t let that get in the way of a “Breakin’ 2” reference.

If you want to check out the earlier beers I tried at the summit, click here. 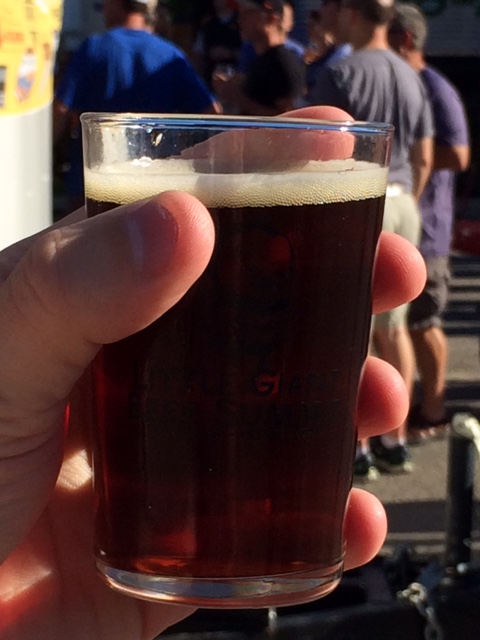 Notes: This wasn’t tapped until 5:30 p.m. and required two tickets. Worth the wait, worth the tickets. There was a huge line building up, but thankfully the beer flowed quickly. It smelled great, with hints of chocolate and vanilla.

Notes: The bourbon flavor balanced well with the sweetness of the raspberry. My notes were “strong as shit.” I meant it as a compliment.

Notes: I probably should have alternated between stronger beers and weaker beers, instead of saving them all for the end of the day. The Oktobot is also whiskey barrel aged, giving it a more robust taste and body than a usual marzen.

Notes: Not much to say here, a tasty Oktoberfest, and as the day wore on, my not taking got less and less clear.

Notes: Another barrel aged beer, this one a Scotch Ale. At this point, I’m drawing a complete blank. Here’s my overall impression:

I’m not saying it was good or bad, I just don’t remember and seem to have stopped typing notes at that point.