My beer consumption has slowed a little bit, and these blogs have gotten more spaced out as a result. I feel like I’ve done some quality drinking recently to try to catch things up. Hopefully, these will be posted on a slightly more regular basis moving forward.

For this entry, I’m covering some breweries in the Cedar Falls area. I went up to drop the kids off with my dad for the weekend, but stopped in at SingleSpeed for a flight and Broad Street Brewing in Reinbeck for a growler.

Notes: This is a cream ale, though the brewery describes it as somewhere between a cream ale, wheat and IPA. That sounds about right to me. This seemed like a good beer to ease me into my flight. 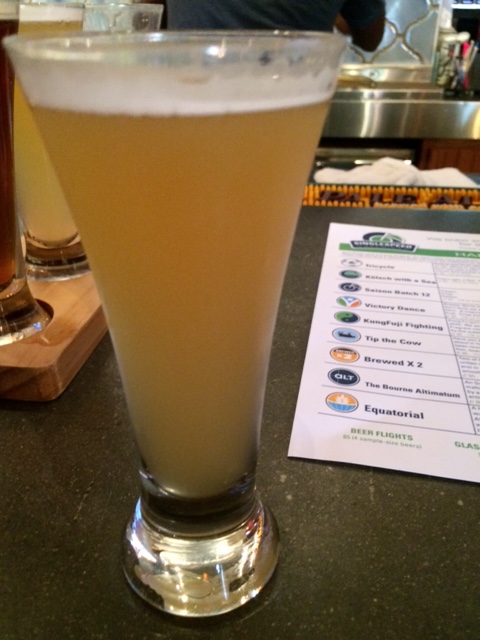 Beer 114: SingleSpeed Kolsch with a Sea

Notes: The name of this kolsch still perplexes me, but I enjoyed it. Kolsches just seem really refreshing on a hot day, which this was. Maybe I need to walk to the Iowa Tap Room and do a kolsch flight. Wait, focus, I need to write up the beers I’ve already tried.

Notes: Sometimes you pick a beer just for the name. This was light and citrusy, but still pretty strong. Apparently there’s tangerine and passion fruit, making this one of two tangeriny beers for the day.

Notes: The bartender was wearing a Bourne Altimatum shirt, so I took that as a suggestion. It’s a mix of German malts and US hops, fermented with a German ale yeast. On a scale of the Bourne films, I would give this… I guess I’ve only seen the first one. Let’s just say it’s more Matt Damon than Jeremy Renner.

Notes: A solid pale wheat ale. This one just struck me as kind of mellow, maybe not the beer to end on. It wasn’t bad, but it didn’t blow me away. Maybe I should have switched the order with this and the Altimatum. 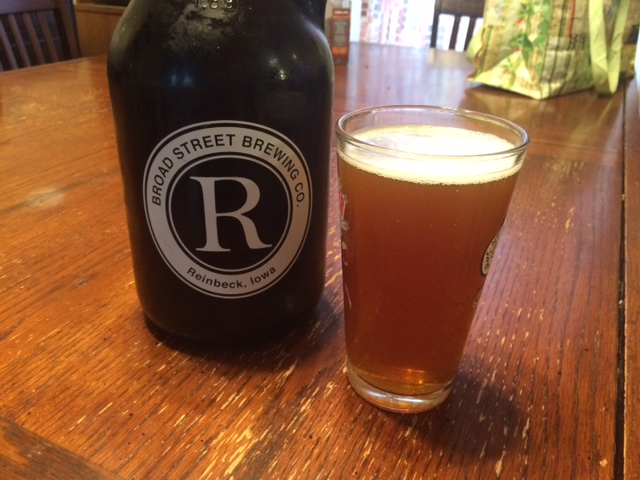 Notes: I really enjoyed this beer. The tangerine gave it just a bit of tartness, but not an overboard amount. I wish I could have tried a few more of their beers, but I had a long drive ahead of me, so taking the growler to go seemed like the best move. I’ll definitely go back. I’m headed to a wedding in the area next week and I have a lot of empty growlers.