I’ve reached the 1/3 point of my challenge, the point in any marathon where each runner thinks “I’ve got like 18 miles more to go! Why did I sign up for this? There better be good snacks at the end.”

Luckily, I’m drinking beer and not running. There’s still a lot more drinking to go, but I’m feeling like I’m getting my second wind. This will all work out well. 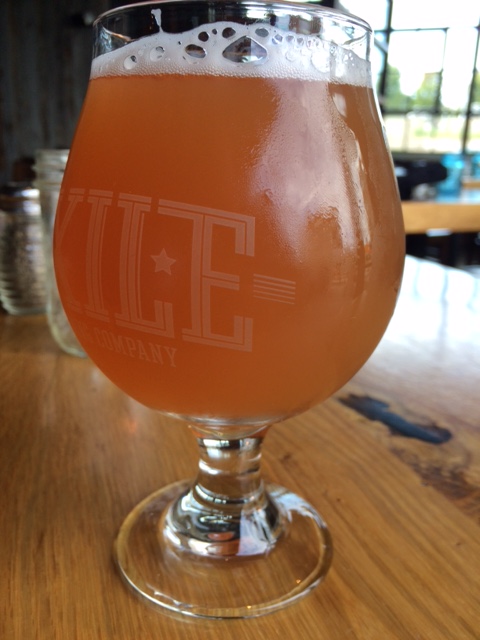 Notes: I was doing some freelance work near Exile and it seemed like a missed opportunity not to step in and add another beer to my list. It’s another sour, which Exile is doing well, but I really liked the berry flavor. Nice and tart. 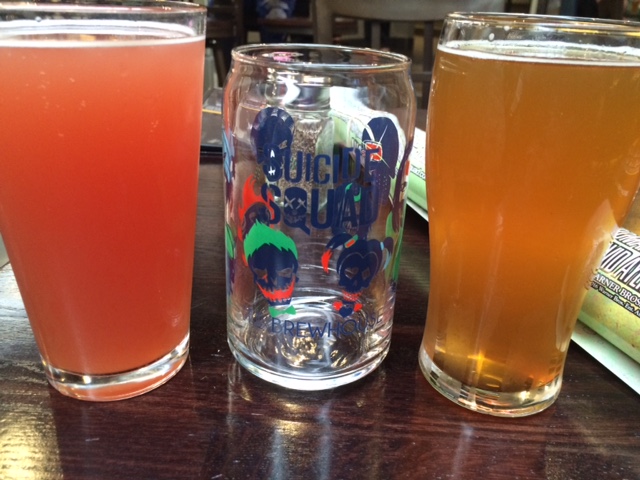 Notes: Flix tapped these two beers for the premiere of Suicide Squad. The Killing Cask is Luna Rosa Wit with blackberries added, and Daddy’s Little Monster had strawberries and mint added to the brewing process of Golden Ale. I was expecting to like The Killing Cask more, and it was fine, but the strawberries and mint added a nice zing to Daddy’s Little Monster. Plus, I got a free glass that I did NOT forget in the theater this time.

Notes: Remember when you were a kid and you saw your first back to school ad during the summer and it brought reality crushing down on you? Oktoberfest is like that for beer drinkers. It’s awesome, but it means summer is over. There’s a lot of malt and caramel in this, which is what I look for in a good Oktoberfest.

ABV: Kalona calls this a wheat noir, a dark wheat ale. I feel like there’s a lack of wheat beers in Iowa. We need to stop letting Kansas dominating on us here. Also, there are other things we should stop Kansas from doing, but they make some good wheat beers. Kalona is flying the wheat beer flag well.

Notes: It seems like I always have darker beers from Firetrucker, but they make a good ale. I paired this with some tacos and conversation with Chad Taylor at Malo, and everything was 2/3 awesome. No, I’m kidding, it was all great, I’m just having fun with fractions in this post.

Notes: Another of my father-in-law’s beers, and since he’s going dark it’s probably another sign summer is winding down. A very dark and rich black ale.

For next week’s post, I enjoyed a few flights at the Iowa Craft Beer Tent. I’ll be back with that soon.