For a few months, Ava has been asking about watching “Star Wars.” Ever since her fourth birthday, I’ve been thinking about showing her the movie. That’s the age that I started to really get into “Star Wars,” so it seemed like a good time to introduce it to her.

For me, “Star Wars” is always tied to my grandfather’s death. He passed away in 1983, the same year that “Return of the Jedi” came out, and the year I turned four. Some of my earliest memories are of watching “Star Wars” films and my grandpa’s funeral. Apparently, my mother tried talking with me about death, and my touchstone for it came from “Jedi.” “Like when Yoda died?”

“The Force Awakens” really seemed to make kids latch back on to “Star Wars,” so I had been plotting how to introduce my daughter to the series. I wasn’t foolish enough to star with the prequels, even though they’re arguably more kid friendly. The problem is they destroy the twist of Darth Vader being Luke’s father. Maybe I’ll show her the prequels after “Empire,” but I’m in no hurry.

Last week we sat down to watch “Star Wars.’ Not “Episode IV,” not “A New Hope.” The first film in the series is just “Star Wars” (we watched the unaltered, non-anamorphic version from the 2006 DVD release. She had to know that Han had a redemptive arc by shooting first).

Jonas also watched, I’ll note some commentary from him as well.

Seeing Storm Troopers on screen for the first time: “I definitely have seen those guys.”

Darth Vader: “I’ve seen his son before in a Cookie Monster show.”

Some confusion on what Jawas are: “I think Chewbacca is being sneaky.”

Jonas, after R2D2 was blasted by Jawas: “The robot is OK.”

Ava, when Obi-Wan was talking about lightsabers: “That’s a Star Wars tool!”

Seeing the Catina band: “Those are crazy heads!”

When the spy was informing the Storm Troopers where Luke and Obi-Wan were: “I think that’s Dark Vader.”

Jonas on the Death Star: “That’s a big rocket.”

Ava,  on Princess Leia: “Is she a fighter too?”

Ava, after seeing the trash compactor monster: “How did that alien get in there? Was it born in there? Or maybe it sneaked in from another planet.”

When Obi-Wan was killed by Darth Vader and his robe fell: “What happened to him?”

Ava, seeing the red planet the rebels were based on: “That’s Mars.”

During the Death Star battle, Ava wandered off, complaining that her leg itched.

After the film, we asked her what her favorite part was: “The whole movie.”

Her favorite character? “Princess Leia, because she was so brave.”

Random R2D2 question: “Is that tiny circle on the robot who is nice in ‘Star Wars’ his eye?” 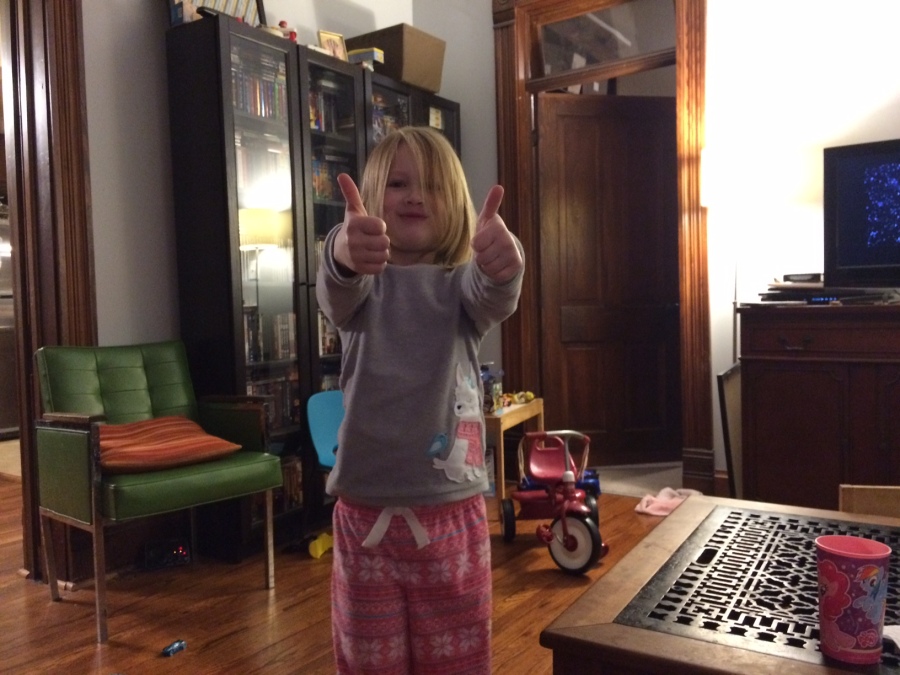